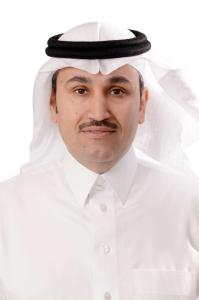 RIYADH, KSA, February 18, 2021 /EINPresswire.com/ — — Eng. Saleh Bin Nasser Al-Jasser, Minister of Transport, Chairman of the Board of Directors of the Saudi Railways Company “SAR”, extended his thanks and gratitude to the Custodian of the Two Holy Mosques King Salman bin Abdulaziz Al Saud and His Royal Highness Prince Mohammed bin Salman bin Abdulaziz Al Saud, Crown Prince, Deputy Prime Minister and Minister of Defense, on the occasion of the honorable approval of the merger of the Saudi Railways Organization with the Saudi Railways Company “SAR” , affirming in his speech the gratitude to all those belonging to the transport industry in general and the railways in particular for the unlimited support of the wise leadership, and the approval of this historic merger, which achieves goals of the Kingdom and enhances its position and its effective role on the international economic scene as a logistics gate and through its the related vital infrastructure.

In a statement to Saudi Press Agency (SPA), he added that the step is a continuation of the development steps taking place in the sector, indicating that it comes as an extension of the unlimited support by the leadership to the development and enhancement of the railway network in the Kingdom, considering this merger an important step forward in the field of privatizing some transport sector works, and that it contributes to raising efficiency and flexibility and enhances the effectiveness of the service in a way that achieves the optimal investment of resources, opening up broader developmental and operational horizons for investment.

Al-Jasser affirmed that the merging of two entities within the size of the Saudi Railways Organization and the Fixed and Movable Assets owned by it and the Saudi Railways Company into a single entity named (SAR) implies a historical depth associated with King Abdulaziz ( may Allah bless his soul ) who unified our dear homeland, whose wisdom was seen in realizing the importance of transportation and railways and their strategic value for a developing country at that time by linking the capital, Riyadh, with King Abdulaziz Port in Dammam, and taking into account the citizens’ need for a safe means of transportation, as – may God have mercy on him – inaugurated the Kingdom’s railways in the year 1951, to document an important historical chapter in the story of this country’s growth and its leadership in the industry Transportation regionally and internationally.

“With the continuous support of the wise leadership and the orientation of government investment in this vital industry, the need arose to expand linking the cities of the Kingdom by launching a railway linking the center of the country with its far north, and from here the Saudi Railways Company (SAR) was born in the year 2006 AD, to be the owner and operator of the Northern Train, and also to be the young face of this industry and its future pillar of sustainability of passengers and cargo transportation, the Minister of Transport stressed.

“This industry has also entered a new phase after the Custodian of the Two Holy Mosques King Salman bin Abdulaziz – may God protect him – inaugurated the Haramain express train in September 2018, Work is continuing and proceeding at an accelerated pace as well, to complete mega projects, including the land bridge project that connects the Kingdom’s ports on the Red Sea to the Kingdom’s ports on the Arabian Gulf through Riyadh, which will provide indispensable service and logistical priorities, which will positively reflect on the activation of the national strategy for transport and logistics,” he added.

Al-Jasser concluded his speech praising what the General Organization for Railways has done since its foundation in 1951, and what it has achieved through the efforts of its employees and the great development of operations and capacity, whether at the level of passenger transportation or containers that are constantly moving from King Abdulaziz Port to the Dry Port in Riyadh. He also emphasized that everyone is striving for the new and united entity (SAR) to achieve more successes in the future, and to reach indispensable strategic goals such as improving the quality of life by developing transport services, and transforming the Kingdom into a global logistics center to link the three continents, by pushing for more governance for projects Railways in the Kingdom, enhancing its capabilities, raising efficiency in its management, while standardizing and facilitating procedures, also to increase job opportunities in the sector, and open wide horizons in the field of investment for the Saudi private sector and for leading international companies as well.

The positive impact COVID19 has had on Phuket’s environment