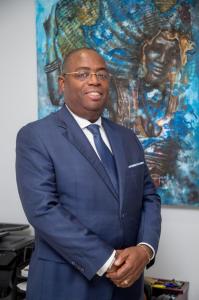 ANGOLA, October 18, 2021 /EINPresswire.com/ — AECIPA casts the spotlight on empowering the next generation of Angolans
The Angolan Oil & Gas Service Companies Association (AECIPA) has unveiled its plans to make the empowerment of Youth a core focal point of the 2021 Angola Energy Series Programme, hosting a special focus day during the Angola Oil and Gas Service and Technology Conference (AOTC) in November. This will feature the involvement of many Angolan ministries, leading energy sector companies and organisations, major universities and special participation from global humanitarian charity, The HALO Trust and representatives of its 100 Women in Demining project.

Through interactive speaker sessions, workshops, displays and special ‘come and live in my shoes’ style showcases, that will be delivered by a range of individuals working in the industry and other Angolan sectors, Day Three at AOTC will explore and support the notion that investment in the country’s youth is essential and pivotal to Angola’s long term growth and success.

The HALO Trust – a humanitarian organisation that has been saving lives and helping war-torn communities across the globe recover for over thirty years – will be demonstrating some of its work in Angola during the day. Women involved directly with its 100 Women in Demining project will be interacting with students and delegates to give their first-hand experiences of the work it does. Programme Manager of HALO Angola, Rob Syfret, explains; “Since 2017, The HALO Trust has run this unique project in Angola to train and employ all-female demining teams, combining women’s empowerment whilst clearing landmines and making land safe. Over 100 women have already been recruited and many are now in leadership roles while dozens have completed additional training as paramedics and drivers.”

Speaking of the challenges faced he added; “Angola still has over 1,100 identified minefields, covering over 70 million square meters of land. The largest challenge to clearing mines is funding. Humanitarian NGOs like HALO work with both Government donors and companies to raise funds to clear mines. Bp has been the leading partner in this new era of companies making serious investments to help the communities of the countries where they work. With the support of bp and their partners in blocks 18 and 31, the British government, ENI and World Without Mines, our all-female teams will make a major contribution to clearing Benguela Province entirely of landmines while learning valuable skills and supporting their families. HALO needs help from the rest of the community in order to complete the job in the remaining contaminated provinces of Angola.”

Throughout the Angola Energy Series 2021, host AECIPA has explored many of the issues that are directly impacting the oil, gas and energy sectors today, often stagnating its growth as well as the importance of local content and the responsibility of companies to the country in which they operate. This has included webinars on gender diversity and the development of youth as part of a series of four free to attend sessions preceding the November conference.

Mr Bráulio de Brito, President, AECIPA and Chairman of the Angola Energy Series commented; “Equality, empowerment and local content are all core themes of our event and this is mirrored directly in the projects and experiences of our Day Three speakers. We are honoured to welcome them all and in particular to have the opportunity to learn from them and the groundbreaking work and ethos of The HALO Trust and 100 Women in Demining project, creating opportunities for the wider community, strengthening national entrepreneurship, developing personal skills and making life better in Angola.”

He added; “The Angola Energy Series has been devised to provide a platform for some of the finest minds of the industry to convene, connect and put forward solutions towards the betterment of the sector. At the forefront of this is engagement and collaboration, and we see this not just in terms of making business connections but about taking a holistic view of the sector and how we can ensure it develops and flourishes.”

The Angola Oil and Gas Service and Technology Conference will take place on 23 -25 November 2021 in Luanda under the high patronage of the Ministry of Mineral Resources and Petroleum, Republic of Angola with the attendance and participation of H.E. José Barroso, Secretary of State for Oil and Gas, Angola.

Virtual access options will also be available via the energy advance network. For full details and registration information, visit www.angola-series.com.