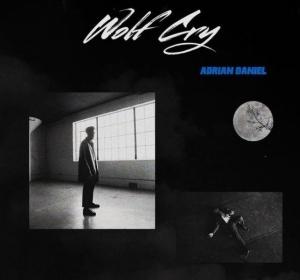 The lead single off “MidNight’, Stuck in My Ways was featured in HBO/MAX new reality series “FBoy Island” and continues to gain traction. The tracks Nights and Round Town charting at #173 & #86 on iTunes Global chart, are featured on his recent album ‘Nightwolf’ that debuted on iTunes and Apple Music Global charts at #90 and #75 and #36 on Amazon Music Top Best Selling R&B Releases

Adrian Daniel, was recently named by OKAYPLAYER as one of the 11 top pop R&B artist pushing the Sound into the New Decade and was featured by BET as adding to the pantheon of new Neo-soul R&B artists, with mentions of Summer Walker, Giveon, Ari Lennox, Mahalia, Lucky Daye and others responsible for its re-invention, setting the pace for the new decade.

The Brooklyn native continues the narrative from his global charting singles and recent videos including “Nights”, an intensely provocative song that was ban by MSG during his live virtual performance at the top of the year.

About Adrian Daniel
Referred to as a ‘wonderful musical surprise’, Adrian Daniel first surfaced in 2016 when his first album ‘Disillusions’ debuted on Billboard. Since his critically acclaimed debut albums ‘Disillusions’ and Flawd were released, with Disillusions landing on RedBull Soul Select Top 100 Albums of 2016, Adrian Daniel amassed over 11 million streams on DSPs to date, earning support from Billboard, TIDAL Rising, Revolt TV, DJ Booth, The Fader, EarMilk, The Source, Highsnobiety, and Clash all while staying an independent artist.
Born and raised in Brooklyn, Adrian Daniel is a storyteller who listens to Stevie Wonder, Jay Z, Kanye, Tame Impala, MJ and dug into crates to find Pink Floyd, Marvin Gaye, Freddy Mercury, Phil Collins (Love Me intro) that inspired him to take risk with his music writing.

Adrian Daniel is a self-taught musician that plays the acoustic guitar on top of recording all his songs himself. An entertainer since age 12, he has performed at BAM and NJPAC and at 16, he was teaching dance at Harlem’s Uptown Dance Academy. He never gave singing a second thought until he attended a studio session and was asked to sing a hook. When he heard the track he was pleasantly surprised and wrote his first song at age 17.

What followed was accolades and fans. He was noted as an artist who stood out from the crowd at SXSW 2018 Music Festival by DJ Booth, and Australia Review. NPR Austin 100 Ones to Watch describes his music as akin to the R&B greats but “a more modern version. Music journalists shared he is “one of the reasons R&B is exciting again, pushing the genre into new territory.”

He has toured in the states, and overseas, performed with Louis the Child at Volkswagen Jetta Haus 2019 Launch ,the Heineken Green Room NYC with Grammy-nominated artist Jidenna, headlined Brooklyn Museum’s 2019 First Saturday Best of the Borough and recently performed at Madison Square Garden. His live performance received rave reviews by Bandintown, MSG and PopDust who shared, “The humble Pop R&B musician delivers an awesome performance.”