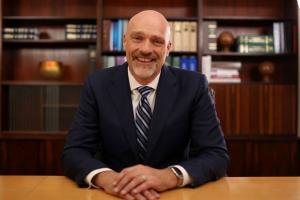 LOS ANGELES, CA, UNITED STATES, October 1, 2021 /EINPresswire.com/ — R&B singer and songwriter R. Kelly was found guilty of racketeering charges in a federal courtroom in Brooklyn, N.Y. Monday following decades of sex abuse allegations, prosecutors announced. Prosecutors said in an indictment that Kelly, 54, and his team — including managers, bodyguards and assistants — “traveled throughout the United States and abroad to perform at concert venues…and to recruit women and girls to engage in illegal sexual activity with Kelly” as far back as 1999.

Acclaimed criminal attorney, Vince Imhoff, has strong thoughts on this matter and believes we need to make serious efforts to make sure this never happens again. “R Kelly’s own actions show his guilt,” states Imhoff. “R Kelly was afforded every possible opportunity to defendant himself. He had the best lawyers. He was given the benefit of the doubt for over two decades. In the end, it was his self-made child pornography and his cover-up that sank him.”

The conviction of R. Kelly on all nine counts against him came as a significant moment in the Me-Too movement and for the music industry, ushering in a sense that, finally, justice had been served. Why did it take so long to catch him? The entertainer had an expansive network of enablers around him, federal prosecutors said, from his closest confidantes and employees to many in the music industry who knew of the concerns about his behavior but did not intervene. Mr. Kelly also “used his henchmen to lodge threats and exact revenge,” blackmailing his victims with nude photographs of themselves or embarrassing information, one prosecutor, Elizabeth Geddes, said in closing arguments.

Imhoff continues, “There are at least two different sex tapes with R Kelly and underaged girls having sex. It was his brothers’ statement that R Kelly wanted him to take the fall for the sex tapes that doomed R Kelly. That statement proves that R Kelly knew the girls were underage when he had sex with them. Otherwise, he would not need his own brother to take the fall for him. R Kelly raped these girls and then used everything he had to shield himself from the consequences.”

But while this verdict may make potential future victims safer, it’s not enough. We need to invest in the safety and futures of survivors and whistleblowers.

“Long-term investment in victims and prevention may take the form of full financing for established organizations and other therapies to assist young people heal from sexual abuse and trauma. We should also treat survivors’ experiences as a source of knowledge, allowing them to return to their communities and help construct the infrastructure that makes young Black and Brown children less vulnerable to predators,” concludes Imhoff.

Vince Imhoff is from Chicago, Illinois. He is admitted to practice law in Illinois, California, and Pennsylvania. Imhoff achieved a Bachelor’s Degree in Political Science from Lewis University and later obtained his JD from the Illinois Institute of Technology/Chicago-Kent College of Law in 1989. After earning his JD, Mr.Imhoff was a Public Defender in Cook County, Illinois, from 1990 to 1997. He then entered private practice as a solo practitioner.

Vince Imhoff founded Imhoff & Associates, PC, in 2003. In 2005, he became Managing Director of the Cochran Firm, Criminal Defense section. However, following the death of Mr.Cochran, Imhoff left the Cochran Firm to re-establish Imhoff and Associates, PC. He was also the assistant coach for the trial team at Loyola University of Chicago, School of Law, from 2000 through 2002.