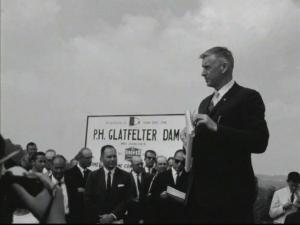 Goddard was a true and devoted public servant, serving under a record five Pennsylvania governors. 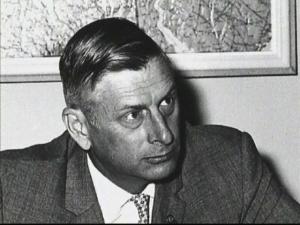 Thanks to Maurice K. Goddard, there is a state park within 25 miles of nearly every Pennsylvanian.

CAMP HILL, PENNSYLVANIA, UNITED STATES, September 7, 2021 /EINPresswire.com/ — On September 13, 2021, the Pennsylvania Parks and Forests Foundation (PPFF) invites you to celebrate the legacy of Maurice K. Goddard on what would be his 109th birthday. Because of Goddard, there is a state park within 25 miles of nearly every Pennsylvanian. That certainly is a milestone to applaud! And while he is no longer with us, the conservation and recreation priorities he put in place remain an inspiration to people across the Commonwealth.

Known for his no-nonsense style, Goddard was a true and devoted public servant, serving under a record five Pennsylvania governors as Secretary of Forests and Waters and as the founding Secretary of the Department of Environmental Resources (DER). In those roles, he not only championed the ‘park within 25-mile of every resident goal’ but also implemented a watershed-scale approach to water management, created dedicated funding sources for natural resource conservation (the Oil and Gas Fund, Project 70 and Project 500 bond initiatives), and was instrumental in forming the Delaware River Basin Commission and Susquehanna River Basin Commission, among many other accomplishments.

Goddard recognized the important role parks play in human health and the economy and championed the free admission program that makes access to state parks and forests affordable to all Pennsylvanians. Free access and free parking made our parks destinations for over 46 million visitors in 2020, supporting local businesses and outfitters in the process.

Even after his retirement in 1979, Goddard remained a vocal and active voice for conservation, serving on the board of several conservation groups until his passing in 1995. It was during that same year that, thanks in large part to his efforts, state parks and forests received their own state agency, when then Governor Ridge split the DER into the Department of Environmental Protection and Department of Conservation and Natural Resources. Thanks to him, 45 state parks with a total of 130,000 acres were added to the commonwealth; now only six counties in Pennsylvania are without one.

Today, PPFF and its supporters continue to build on Goddard’s legacy by being a voice for Pennsylvania’s state parks and forests. Friends groups and volunteers help maintain parks and forests, which in turn protect water and air quality, temper flooding, slow runoff, and contribute to our quality of life.

“Maurice Goddard was ahead of his time in so many ways,” said Marci Mowery, President of PPFF. “He pioneered new means of protecting water quality, while working to ensure Pennsylvanians had access to free, healthy outdoor recreation. We encourage members of the Pennsylvania General Assembly to continue to invest in these special places—our state parks and forests—through the American Rescue Plan, to not only carry forward Goddard’s legacy, but to invest in the future of Pennsylvania as a place to live, work, and enjoy a healthy life.”

You can read more about Goddard here and watch a documentary video of his life’s work at https://paconservationheritage.org/documentaries/.