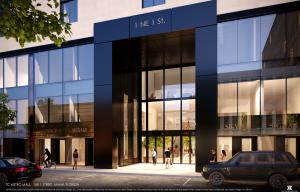 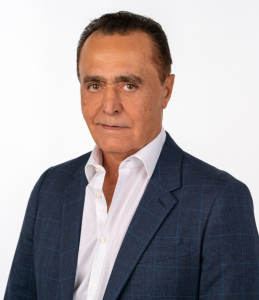 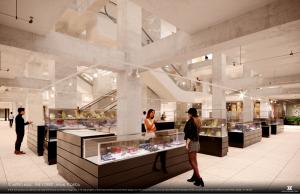 MIAMI, FLORIDA, US, May 26, 2021 /EINPresswire.com/ — 1 – Why did you decide to focus not only on the Miami Real Estate market but specifically in the diamond and jewelry district in downtown Miami?
When I began looking for commercial real estate investment opportunities in Miami, one of my first stops was in the jewelry and diamond district in the heart of downtown. I was shocked to find that some of the most expensive jewelry in the country was being sold out of rundown buildings. I realized that there was a tremendous need for a luxury jewelry center with much higher standards to meet the needs of consumers who are increasingly looking at buying ‘an experience’ rather than just an object. It is important that the quality of the location and the building match what is being sold inside because experiential retailing is what differentiates brick-and-mortar from e-commerce. In developing Time Century, we are creating the premier destination for luxury jewelry retailers, wholesalers, consumers and watch enthusiasts in the second-largest jewelry district in the country.

2 – What void is the Time Century Jewelry Center trying to fill?
In the last 10 years, Miami has evolved into a world-class city. People from all over the world are flocking to the “Magic City” to buy high-end condos and luxury homes, and entire portions of the city have transformed from run-down neighborhoods to trendy districts. A good example of that transformation is downtown Miami, where the development of high-end condos has attracted thousands of residents to an area that used to be a ghost town after 5 pm. While all this change was taking place, the jewelry & diamond district in downtown Miami didn’t keep up with the times. I saw a big opportunity to bring luxury to the neglected jewelry district, and our vision is paying off. We already have over 50 percent of the luxury jewelry retail and wholesale space pre-leased to jewelers from all over the world. My firm, Time Century Holdings LLC, recently secured a $23.6 million construction loan from City National Bank of Florida to complete the first phase of the project. We are scheduled to open in mid-2022.

3 – Why did you decide to develop a diamond and jewelry center?
I have been involved in the jewelry industry, directly and indirectly, my whole life. As a young man in Israel, I became a diamond cutter to help my family pay bills. That was just the beginning. When I moved to the United States in the early 1970s, I became a successful women’s fashion designer in New York City, selling my designs to the largest department stores in the country. During those years, I worked closely with jewelers. In the early 1990s, when I transitioned into the real estate sector, I began to buy retail properties. Many of my tenants are in the jewelry industry in New York.

4 – How will your project help transform downtown Miami?
Time Century Jewelry Center will bring sophistication to the jewelry & diamond district in downtown Miami. Designed by renowned architect Kobi Karp, Time Century will include glass storefronts, soaring ceilings, elegant escalators and elevators, and state-of-the-art amenities, becoming a jewel box in an area that is seeing a rapid transformation. There is nothing like this in Miami. As customers come from North Miami Avenue or from First Street, they will enter the building and experience it in a three-dimensional fashion. Time Century marks a new beginning for one of the largest jewelry districts in the country that continues to grow in importance. Our domestic and international tenants reflect the new level of sophistication that Time Century is bringing to downtown Miami. My experience in real estate has been focused on revitalizing neighborhoods by injecting new life into iconic buildings. Time Century Jewelry Center is the former Metro Mall, which shut down several years ago and became an eyesore. Once we complete our $50 million renovation, the building will be the jewel of the jewelry & diamond district in downtown Miami. Our history of revitalizing important buildings started in New York in the early 2000s. Some of New York City’s most iconic properties that I helped bring back to life include The Sheffield 57 at 322 West 57th Street and 620 Sixth Avenue.

5 – Can you discuss some of the tenants that have already signed a lease?
Many high-profile tenants have signed leases with us already. We are over 50 percent pre-leased. Freddy’s Certified Diamonds & Fine Jewelry, considered a pillar of the jewelry & diamond district in downtown Miami, just signed a lease to occupy 2,500 square feet in Time Century, scheduled to open in mid-2022. Another tenant we secured recently is Istanbul-based Markaled, a luxury jewelry store.

6 – What is the vision behind the design of this project?
Our vision was to expose the block and the concrete and at the same time create a crystalline facade to encase what we are promoting and selling, which is jewelry. Kobi Karp did an excellent job designing Time Century Jewelry Center as a jewelry box that represents the future of jewelry and diamond exchanges. We felt that the building should reflect the same level of sophistication that the jewelers offer, providing an unmatched shopping experience to our future customers.

7 – Why are you looking to include a diamond and jewelry design school in the Time Century Jewelry Center?
Because it will be a win-win-win situation for the students, the school and our tenants, who often hire young jewelers to train and grow with their businesses. There is a high demand for the next generation of diamond and jewelry designers, and our location is surrounded by colleges, as well as domestic and international students, who can be trained to meet that demand. We are also located in one of the largest jewelry & diamond districts in the United States, giving students access to diamond and jewelry apprenticeship opportunities and other hands-on experience.