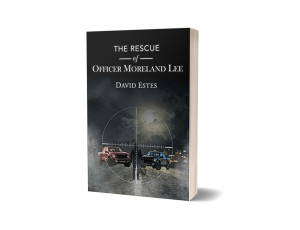 The Rescue of Officer Moreland Lee

COOKSTOWN, NEW JERSEY, USA, October 7, 2021 /EINPresswire.com/ — What happens when three individuals are accused of committing a murder they didn’t commit? This is the story of “The Rescue of Officer Moreland Lee,” a brand-new novella by author David Estes. The three misfits, as Estes calls them, are identified as suspects in a murder investigation. However, they didn’t do it. Now they have to prove their innocence.

David Estes isn’t a stranger to the criminal justice system himself. Before his retirement, he was a police officer in Seattle and has spent plenty of time talking to individuals not unlike his three protagonists. He knows that sometimes, there are kinks in the system that can pin the blame on a crime on the wrong people, and he knows that stories like these will shine a light on those instances, rare as they may be.

In “The Rescue of Officer Moreland Lee,” the three protagonists are called misfits because they’re what you might call a few of the usual suspects. They tend to get in trouble easily and do so often. This means that they aren’t exactly new to the police system, and it isn’t difficult for the authorities to pinpoint them as potential suspects in a murder investigation. However, they didn’t do it, and since nobody’s going to listen to them, it’s up to them to prove their innocence. The short novel takes off from that premise, as the protagonists use what they know of the system to prove themselves innocent of the murder.

Estes masterfully uses his experience in the system to give “The Rescue of Officer Moreland Lee” a breath of authenticity that you won’t find in many thrillers on bookshelves today. The story features situations you’re likely to find in interrogation rooms and back alleys all over the United States.

Estes pulls deep from his career to shape the story, and it is this crack in the suspension of disbelief often associated with similar stories that makes “The Rescue of Officer Moreland Lee” stand out. Find out what happens by purchasing the book from Amazon or your favorite Barnes & Noble branch.

Visit the author’s website at www.davidestesauthor.com to know more about him and his book.