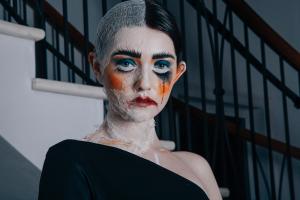 The Miami-Based Artist Announces His NFT Project “Perspective Over Animosity”, to Be Presented at Soho Beach House

I believe thinking is something we forget to practice.”
— Eko, Artist

MIAMI, FLORIDA, UNITED STATES, June 2, 2021 /EINPresswire.com/ — Fine art, music, and theatre have been pillars of culture for centuries. Once cinema stepped onto the scene, it dawned an entertainment renaissance that the world had never seen which would define generations for years to come. Fine art and cinema have never coexisted in one medium, until now. Miami-based artist Marc Nicolas Guillaume, better known as Eko, is redefining modern art to bridge the gap between fine art and entertainment through cinematic art NFT’s.

Visual art has historically been intended to evoke emotion through subjective interpretation, whereas cinema has offered an objective narrative. Eko has masterfully crafted a new niche of modern art to fuse the two to challenge observers to think about culture, society, emotions, and life’s greatest questions.

Cinematic art is a process of staging for theatre without a storyline leading audience engagement. This concept of integrating cinematic themes and preparation while maintaining the subjective point of view of fine art is birthing a new style of art; and a new means of selling art.

A master at his craft, Eko uses his experience as a filmmaker, photographer, and cinematographer to cultivate a one-of-a-kind experience the art world has yet seen. Drawing heavily on emotion and cultural influences, his new collection “Perspective Over Animosity”, set to debut at Miami’s Soho Beach House in mid-June, will be available for purchase as NFT’s in the new digital art era.

“The purpose of my work is to bring awareness to topics people might not think about. By introducing the use of cinematic techniques at a conceptual and emotional level in the process of staging for theater, I experienced cinematic art in a conversational manner where the sequence of frames emotionally communicates with the audience.” – Eko, Artist

Through proof of concept, dedication to the craft, and unwavering commitment to revolutionizing modern art; Eko’s purpose-driven vision has come to fruition.

Marc Nicolas Guillaume, better known as Eko, is a Haitian-born artist residing in Miami, Florida. Educated at the Art Institute of Miami, Eko has been a cinematographer, photographer, web designer, and film director since 2017. Influenced by language, images, emotions, and the dynamic culture reflected in the current societal landscape, Eko’s focus is to create fine art through the video medium. His mission is to transform experiences into an understood language by introducing cinematic techniques on an emotional level to cultivate an experience that positions art as a conversational concept. Featured in Fashion TV, MSN, the Soho House Miami, and the Spanish Bonnet House; Eko’s latest venture will take his revolutionary approach to the NFT space as a digital asset. Eko will present his first art show of NFT’s in mid-June at the Miami Soho Beach House.