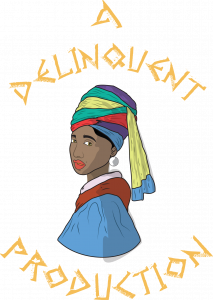 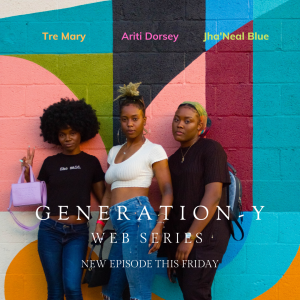 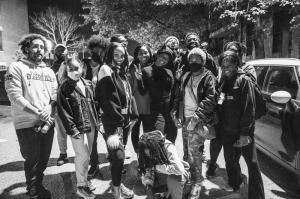 1 in every 2 Black women have contracted the disease. One brave production company is broaching the social stigma with the groundbreaking Generation Y series.

BALTIMORE, MD, UNITED STATES, July 12, 2021 /EINPresswire.com/ — According to the CDC, Herpes is at epidemic levels. Last year more than one half million people contracted the virus for the first time. The rate of infection is at 12 percent among people ages 14-49 and even higher in Black and Brown communities where 1 in every 2 Black women have contracted the disease. One brave production company is broaching the social stigma with the groundbreaking Generation Y series. The story follows the life of a young 21-year-old girl who wants to enjoy the free-spirited time of dating and falling in love. Unbeknownst to our heroine, one night of passion turns into a life sentence.

The story unfolds as she finds out her long-time boyfriend was not only unfaithful, but he gave her vaginal herpes. We watch as she deals with the emotional trauma of being marked with a physical plague from one night of ecstasy. The series follows her through her trials and how she maneuvers the dating world with the dreaded letter H on her chest. How does she reach out for love again knowing any sexual relationships could end in tragedy for any new partner?

In Generation Y – the director broaches the taboo subject of sexually transmitted disease with objectivity and transparency. The rawness of the lead’s reactions are palpable and the trauma is gut wrenching. We follow her every move as she shares her woes with friends and confides in would be lovers with a rhythmic tempo. From spoken word to prose this poetic script draws you into the world of our victim and survivor who navigates the depths of despair. Though the story of unrequited love, passion and desire is an old one, but this new twist is timely. The fresh look at the pitfalls and perils of modern-day romance where one unprotected heart leads to unprotected sex and the end is devastating. It is here that we begin to understand what Jesus meant when He warned us not to throw our pearls before swine.

The heroine calls on her faith, even “cursing God” but then remembering that it was His divine intervention that warned her through “sign after sign not to go over there” but the pull to be with her lover was much too strong. She heard His voice saying, “My child, My child this is not the way but yet I insisted on doing it.” And now in the aftermath of her shame we watch with weighted expectation as she digs out of the dark place, moves through the medical realities, and learns to live again.

Viewers will be riveted by this post-pandemic drama shedding light on a dark subject. Your heart will be pricked as you ask: Will she leave the boyfriend alone or will she go back for more? Will she get healed from this disease? Will she find love again?

For more information on Generation Y contact Chelsea Holmes McKnight at 704-615-2596 or adelinquentproduction@gmail.com