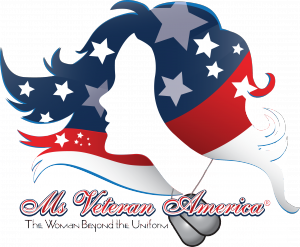 The Women Beyond the Uniform 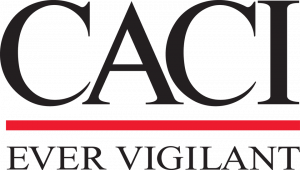 Ms. Veteran America is not just one person – it’s a movement: a fierce group of women veterans fighting for their sisters in arms.”
— Maj. Jas Boothe, Founder, Final Salute, Inc.

ORLANDO, FL, UNITED STATES, August 31, 2021 /EINPresswire.com/ — The Woman Beyond The Uniform: The perfect tagline to describe each Ms. Veteran America contestant and title holder. Why? Because each female service member is more than the uniform – they’re wives, mothers, sisters, daughters, friends, advocates, and everything in between. Their mission is to advocate for homeless women veterans and their children. Why? Because on any given day there is an estimated 55,000 homeless women veterans in the United States, which is the fastest growing segment of the homeless population. And, who better to advocate for homeless women veterans than a fellow comrade?

Since 2012, Ms. Veteran America has provided a voice to homeless women veterans, and this movement has assisted over 7,000 women veterans with finding suitable housing, provided over 15,000 days of transitional housing, and raised over $655,000 to support the mission.

Final Salute Inc. in partnership with the Florida America Legion Auxiliary present the 2021 Ms. Veteran America competition on Sunday, October 10th at the Rosen Plaza Hotel in Orlando, FL. All previous title holders will be in attendance, along with finalists from 2020 and 2021, military dignitaries, and community advocates. Ladies Night, held on Saturday, October 9th, is an evening to recognize the great work these women have done in their communities over the past year and the evening is sponsored by longtime supporter, CACI.

“Ms. Veteran America is not just one person – it’s a movement: a fierce group of women veterans fighting for their sisters in arms. With the help of our supporters, we have impacted many lives over the past decade, but there is still much work to be done. We’re not finished until every woman veteran and her child has a safe home,” states Maj. Jas Boothe, Founder, Ms. Veteran America and Final Salute Inc.

Maj. Jas Boothe (CNN Hero and Oprah Winfrey Standing Ovation Recipient) is the founder of Ms. Veteran America and Final Salute, Inc. She was prompted to start Final Salute, Inc. and bring attention to the fastest growing segment of the homeless demographic in America, women veterans, when she was made aware that no other resources existed for them and their children. Jas was homeless during 2005-2006, due to Hurricane Katrina and her battle with head, throat and neck cancer. No resources existed to help her during that challenging time. Boothe set out to make changes.

Ms. Veteran America serves as a role model, teaching and empowering young women to support, inspire and lift-up one another. Proceeds from the Ms. Veteran America competition supports the national nonprofit, Final Salute, Inc. (www.finalsaluteinc.org), provide housing, job support, and educational opportunities to women veterans in need. To date, Final Salute, Inc. has supported over 7,000 women veterans and their children in over 30 states and territories, provided over 15,000 housing days and raised millions in support of their mission.

To learn more about Ms. Veteran America and the 2021 competition in Orlando, FL, please visit www.msveteranamerica.org.

About CACI
CACI’s approximately 22,000 talented employees are vigilant in providing the unique expertise and distinctive technology that address our customers’ greatest enterprise and mission challenges. Our culture of good character, innovation, and excellence drives our success and earns us recognition as a Fortune World’s Most Admired Company. As a member of the Fortune 500 Largest Companies, the Russell 1000 Index, and the S&P MidCap 400 Index, we consistently deliver strong shareholder value. Visit us at www.caci.com.