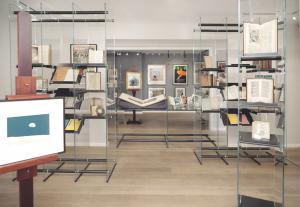 The landmark $2.2 million collection of original works charting the history of climate change offered for sale by Peter Harrington

Climate change has rightly been acknowledged as the defining issue of our time. There wasn’t a collection of original works charting the subject of environmentalism and we felt there should be”
— Pom Harrington, Owner of Peter Harrington

LONDON, UNITED KINGDOM, October 1, 2021 /EINPresswire.com/ — Leading London-based rare book dealer Peter Harrington is presenting a once-in-a-lifetime opportunity to acquire an unparalleled collection of original books, maps, manuscripts, photographs, and art that charts the history of climate change through defining works, concepts and terminology that have shaped our understanding of the modern environmental movement.

Offered for sale as a single collection, “One Hundred Seconds to Midnight – Sounding the Alarm for Climate Change” brings together more than 800 original works from the 15th century to the present day by the world’s greatest scientists, writers, and activists – from Aristotle to Attenborough.

Peter Harrington will donate 10% of the proceeds to fund international charity the World Land Trust’s habitat and wildlife conservation efforts across the globe.

The $2.22 million collection examines key works of several famous and forgotten personalities within the climate science story, tracking the human emotional response to the growing realisation of the impending catastrophe precipitated by our actions. In addition to a core assemblage on climate science curated by noted American private collector David L. Wenner, it also includes first editions of dystopian science-fiction works and cli-fi, original reports that sounded the alarm bells of environmental risks and influenced government policy making, as well as posters and promotional ephemera related to grassroots and global activist movements and advocacy groups.

The curation of this exceptional offering has been documented in a film specially commissioned by Peter Harrington and directed by wildlife documentary producer, John Ruthven (of Blue Planet fame).

• The first appearance in Italian of Aristotle’s Meteorology – the oldest known treatise on what the Greeks called klima.

• The original publication of one of the earliest printed works on weather forecasting by Firmin de Beauval; a precursor to modern-day meteorology.

• Mettallum Martis – the earliest printed account of the use of fossil fuels, written by English ironmaster Dud Dudley.

• The first appearance of the first paper to link carbon dioxide and global warming written by Eunice Foote, considered the “First Lady of Climate Science”.

• The earliest printing of the ground-breaking paper by Wallace Broecker credited with popularizing the term “global warming”.

• Nils Gustaf Ekholm’s article which includes the first printed appearance of the “greenhouse” metaphor to describe how the atmosphere influences the temperature of the planet.

• Earthrise – “the most influential environmental photo ever taken” – the first full-colour photograph of our planet taken during the Apollo 8 lunar orbit.

“Climate change has rightly been acknowledged as the defining issue of our time. The concept of putting together a definitive collection of original works that chart the history of environmentalism was born around three years ago when we realised there wasn’t something like it currently in existence, and we felt there really should be. The title of the collection takes its name from the current position of the hands of the Doomsday Clock, a symbol representing the likelihood of a man-made global catastrophe,” says Pom Harrington, owner of Peter Harrington.

“What we have assembled is a truly diverse and comprehensive collection showing historically how climate has been measured, recorded and reacted to. This is evidenced not just in the science itself but also from a philosophical and literary point of view,” says Emma Walshe, the lead specialist responsible for curating and cataloguing this remarkable collection.

“Since our foundation in 1989 we have seen it time and time again: people might be a driving force of climate change but they’re also its solution. Guided by this evidence and the lessons in the works from the past, we’re part of a global movement that seeks to make a difference by saving the land all life on Earth relies on. That’s the work that Peter Harrington will be supporting through this collection so from WLT and our partners: thank you,” says Dr Jonathan Barnard, CEO of WLT.

Peter Harrington will launch this collection for public viewing at Frieze Masters 2021, which takes place just a few weeks prior to the UN Climate Change Conference 2021 (COP26) in Glasgow, making it a significant juncture to exhibit this remarkable collection.