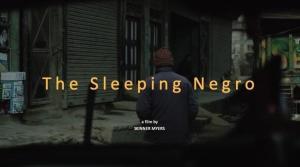 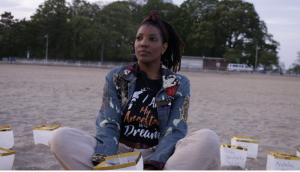 The African Diaspora International Film Festival is back!

Some of the titles selected come from prestigious festivals including The Venice Film Festival, Slamdance, TIFF, FESPACO, Berlinale and The PanAfrican Film Festival, just to name a few.”
— ADIFF

Some of the titles selected come from prestigious festivals including The Venice Film Festival, Slamdance, TIFF, FESPACO, Berlinale and The PanAfrican Film Festival, just to name a few.

ADIFF-DC 2021 opens with “The Sleeping Negro” directed by Skinner Myers, a strong, thought-provoking drama that tells us the story of an African American man struggling with racism in America. Ulkar Alakbarova (moviemovesme.com) calls it “a superb character study of a black man […] surreal yet real and terrifying.” The Sleeping Negro had its world premiere at Slamdance 2021.

Fresh from the Encounters film festival in Cape Town, South Africa, “Murder in Paris” by Enver Samuel is a political crime thriller that traces the motives for the assassination of anti-Apartheid activist, Dulcie September in Paris in 1988.

It is not extremely popular to talk about Critical Race Theory in certain quarters of the United States. “Betrayal of a Nation” by Brandi Webb presents a serious historical analysis of the Black Experience in the United States. The country is on trial, and the charges are multiple.

The Afro-Latino Experience is explored in fictions and documentaries with films set in Ecuador, Cuba, Puerto Rico, Mexico, Haiti and Panama. The highlight of the selection is “Angelica” by Marisol Gómez-Mouakad, a film about colorism presented through the eyes of a young woman from Puerto Rico who is Latina and Black.

It is also through the lens of colorism and sexism that the revealing documentary “She Had a Dream” by Raja Amari portrays the story of Ghofrane Binous, a young black Tunisian woman. A rare courageous film on a taboo topic.

North African films have a high degree of visibility in international festivals. Three films in the selection are originally from that part of Africa: “She had A Dream”, “A Son” and “Myopia”.

“A Son” by Mehdi Barsaoui (Tunisia) is an intense family drama starring French-Tunisian actor Sami Bouajila, winner of the Orizzonti Award for Best Actor, Venice Film Festival 2019 and the Cesar for Best Actor in France 2021.

“She Had a Dream” by Raja Amari follows Ghofrane, 25, is a young Black Tunisian woman. A committed activist who speaks her mind, she embodies Tunisia’s current political upheaval. As a victim of racial discrimination, Ghofrane decides to go into politics.

In the drama “Myopia” by Sanaa Akroud (Morocco), a woman in search for a new pair of glasses finds herself in the turbulence of a culture and a city she does not understand.

CLASSICS TITLES
In the category of Film Classics, “The Tracker” by Rolf de Heer (Australia), The Story of Lovers Rock by Menelik Shabazz (UK) and St. Louis Blues by Allen Reisner (USA) stand out as films that are always a pleasure to watch.

“St. Louis Blues” (1958) is one of the films that features Juano Hernadez, the first Afro-Latino actor in Hollywood. The Tracker (2002) displays one of the outstanding performances of David Gullilil, the most important Australian Aboriginal actor. “The Story of Lovers Rock” (2011) is a musical monument celebrating the contribution of people of African descent to the British culture, directed by the recently deceased Menelik Shabazz.

Festivals have become the neighborhood theater that screens those rare films that enhance the cultural life in a city. ADIFF DC enjoys having played this role in Washington D.C. and its surrounding areas for the last 14 years. This year, the festival is longer, with a richer editorial line and available online in Washington DC, Delaware, North Carolina, South Carolina, Pennsylvania, Georgia, Tennessee, Maryland, Virginia, West Virginia.
Enjoy it!

The African Diaspora International Film Festival is a 501(c)(3) not for profit organization.
The 14th Annual DC African Diaspora Film Festival is made possible thanks to the generous support of the following institutions: ArtMattan Productions, Africa World Now Project and WPFW.
For screeners, to set up interviews with filmmakers and/or receive high resolution images, please call 212‐864‐1760 or e-mail Diarah N’Daw-Spech at pr@nyadiff.org.